Unfortunately, most people are still under the illusion that you need animal protein if you want to be strong and healthy.

Thankfully, despite the obvious opposition the following 5 athletes are on a mission to bust the protein myth wide open and show the world that you can in fact be at the top of your game, while being fueled by plants. 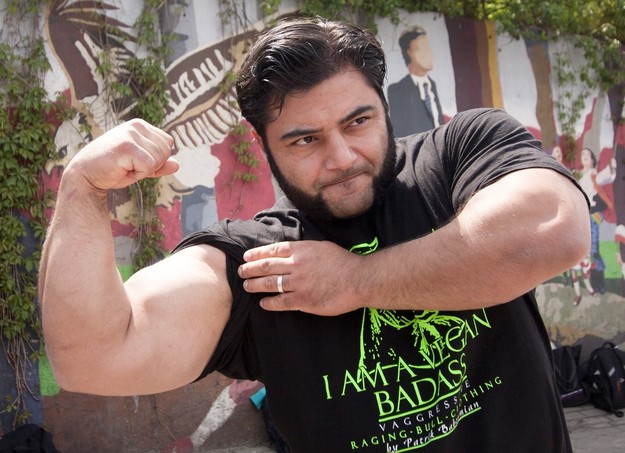 Proudly sporting his “I Am a Vegan Badass” t-shirt, Patrik Baboumain made history at this year’s Toronto Vegetarian Food Festival when he carried an incredible 550 kilos for over 10 meters, setting a new unofficial world record. As if that wasn’t enough to prove that you don’t need meat to be big and strong, Patrik celebrated his impressive feat by letting out a roar to the tune of “vegan power”.

After going vegetarian in 2006 and vegan 5 years later, Patrik is driven by compassion and the desire to break stereotypes about meat eating tough guys. Mission accomplished Patrik! Not many athletes have made such an impression on their sport like Scott Jurek, making him a shining example of what is possible with a plant-based diet. Based in Colorado, Scott is a vegan ultramarathon runner with a whole host of amazing achievements under his belt, from becoming the first American winner of the annual 246k Spartathon in Greece to setting the American record for the 24 hour run logging over 165 miles.

Described by Chris McDoughall in his revolutionary book ‘Born to Run’ as “the top ultrarunner in the county, maybe in the world, arguably of all time”, Scott has been a vegan since 1997 and is a passionate advocate of the cause, stressing its importance in endurance, recovery and health. Competing at the highest level of Mixed Martial Arts, despite wanting to eat a plant-based diet, Mac Danzig believed that he couldn’t be a professional athlete without animal protein. As a result he continued to eat chicken and fish even though it conflicted with his ethics, but everything changed when he started working with a vegan trainer who helped him make the switch.

After going vegan in 2004 he went on a 12 fight winning streak, won the King of the Cage Lightweight Championships in 2005 and defended the title four times, won the Ultimate Fighter 6 competition in 2007 and was awarded Knockout of the Night when he beat Joe Stephenson in 2010. 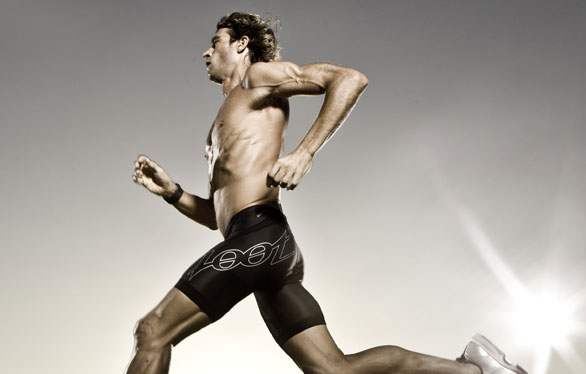 After being unable to climb his stairs at the age of 40 due to an excessive lifestyle of alcohol, drugs, poor diet and inactivity, Rich Roll realized his health was at risk and decided to adopt a whole foods plant-based diet and began to train.

His goal was to enter an ultramarathon, but after being unable to secure a place he did manage to gain entry to the Ultraman 2008, three day event and with only 6 months training he finished 11th overall and recorded the 2nd fastest swim. In 2009 he was named one of the “25 Fittest Guys in the World” by Men’s Fitness Magazine. Boasting the tagline ‘Plant Strong!’ Rich is an outspoken supporter of a plant-based lifestyle spreading the message wherever he goes. 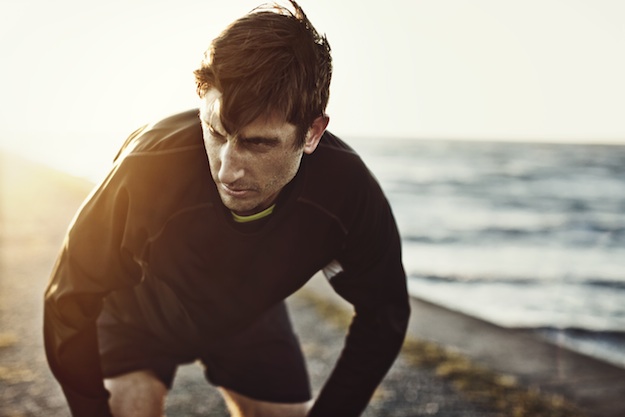 Ironman triathelete and endurance runner, Brendan Brazier credits his plant-based diet for helping him recover from a serious road accident in 2003, after which he went on to become the Canadian 50k champion as well as set the record for the Bigfoot Half Ironman course.

Brendan is a big advocate of plant-based nutrition for sport, and proudly talks about the advantages of this lifestyle especially in terms of allowing you to train harder and recover faster.

Permalink Reply by Jessica Lee on November 28, 2013 at 8:14am
A few of these guys have had some pretty serious steroid allegations and it's important to note that most became vegetarians or vegans AFTER they had already gotten to their peak form. Also, the runners require a fraction of the nutrients that Patrik who has multiple roid rage videos all over the internet.

Look up 'Vegan Calisthenics' on google.

Yeah - And this guy:

Jessica Lee, you're full of shit.

Personal experience without extra protein "plant based powder" I loose muscle and it happened rapidly after I stopped meat etc ."avid cyclist".. Another option is bulk black beans etc ...But hey ...just my opinion ;-)

Permalink Reply by Patricia on April 18, 2014 at 12:22am
You should never post stuff before checking your sources . Only give non vegetarians a reason to show that they are "better". Guy no.1 is famous first of all for his steroids addiction