Image: Composite of pictures by Velkr0, Meneer Zjeroen, Marcy Reiford
and Our update, all via Creative Commons.

If you thought that by quitting meat or at least going weekday vegetarian you were doing your part to avoid the horrors of factory farming, think again.

Even though animal products might not be in as many places as some claim (most tennis rackets are made with synthetic materials now), theyspread far beyond just those hidden in food: everywhere from your car to the bathroom and the sky in the 4th of July.

As the Ontario Farm Animal Council clearly puts it, "on average, 98% of an animal is used. From that 98%, about 55% (on average) of the animal is used for edible products and the remaining 45% for inedible by-products." Many plastics, including shopping bags, contain 'slip agents', which reduce the friction in the material. What are those made of? Animal fat.

In a more technical explanation from Genetic Engineering and Biotechnology News: "Although polymers are manufactured from petroleum feedstock, plastics manufacturers often use additives of animal origin to improve material properties and/or to aid in processing of raw polymers" -- which blogger Beth Terry proved first-hand.

Also, watch out for new plastics coming out: Companies like Tyson Foods are experimenting with keratin protein found in chicken feathers to produce plastics, adhesives and non-wooven materials.

"Someday disposable diapers or hospital gowns could be made from the materials," said Jeff Webster, the group vice president of the renewable products division to USA Today. 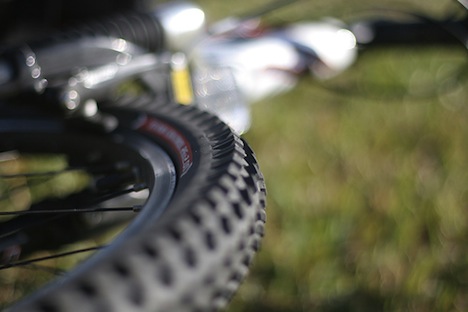 Even when food can have hidden animal ingredients, you can still take the time to look at the label to see it. With your car or bike tires, it's a little more difficult. But here's the trick: check with the manufacturer if they use animal-based stearic acid, which helps the rubber in tires hold shape under steady surface friction.

The guys at Vegan Fitness forums took the time to call some brands and made a handy list of companies that use plant-based alternatives of the component. Animal glue (made from the boiling animals cognitive tissue and bones) is apparently the best adhesive for fixing musical instruments made from wood such as violins and pianos. Even though other synthetic glues are used too, hide glue is also readily available and widely used for furniture fixes and wood work: You can even catch a guide on how to use it online. If you're OK with animal slaughter that is. 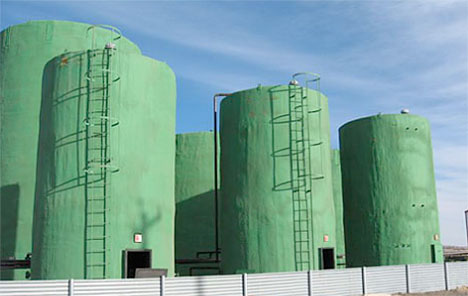 Sugar cane and corn are what come to mind at first when we think about biofuels, but over the past years the use of animal fats to produce these has extended. It's no news that fireworks suck real badly in terms of pollution, but bits of animals in them? Apparently so.

The same component used in the tire industry, stearic acid, is present in the production of fireworks. The book The Chemistry of Fireworks lists this as an ingredient and an article in Wikipedia explains that "in fireworks, stearic acid is often used to coat metal powders such as aluminium and iron. This prevents oxidation, allowing compositions to be stored for a longer period of time."

Even though it can be plant-sourced, you never know. Another reason to ditch the bastards. It was big news on TreeHugger some time ago: Downy fabric softener contains Dihydrogenated tallow dimethyl ammonium chloride, which comes from the cattle, sheep and horse industry. They sure won't put that in the usual 'all-so-soft' advertising. 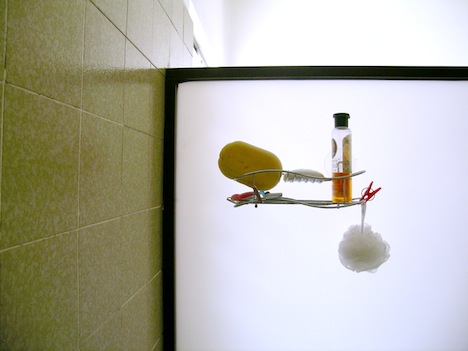 Photo: Marcelo Guerrero, via Stock Xchng. Annie Leonard warned us about the hazardous chemicals in the cosmet..., but didn't necessarily emphasis the animal ingredients.

According to PETA, there are more than 20 components from animals that could be in your shampoo and conditioner. The tricky part is when you read "Panthenol", "Amino acids", or "Vitamin B" in a bottle (just to name a few), it can be either from animal or plant source -- making it hard to tell. Companies have even removed the word 'animal' from some ingredients to avoid putting off consumers.

Best way to be sure? Look for vegan brands. 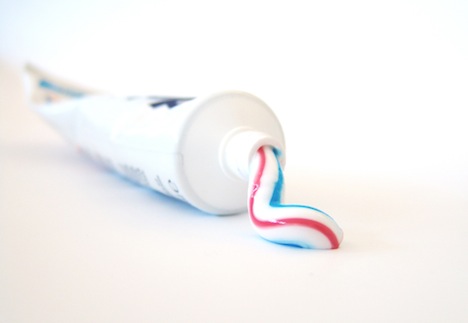 Glycerin is found in animal and vegetable fats, which have a chemical composition containing from 7% to 13% glycerine. When separated from it, it's used in a wide variety of products, including toothpaste.

As I mentioned with other ingredients, when you read 'glycerin' on shampoo and conditioner, it can be either animal or plant based, which is a pain.

But many products from commercial brands like Colgate claim to be animal-free and suited for vegetarians (though the vegetarian product guide is not currently functional on their website).

If you really want to be sure, try and make your own toothpaste at home. What about hidden products in the manufacture process? Among vegetarians and vegans, it's known that purified ash from animal bones is used in filters to refine sugar by some brands, though there are other companies that use filters with granular carbon or ion exchange systems. What not all may know is that brown sugar is also refined, only to have molasses added after.

You can opt for unrefined organic sugar or choose the brands that PETA says are vegan.

It's important to note that getting to know where animal products go is not just for vegetarians or vegans: These byproducts are very likely not sourced from responsible organic farmers, but from the very frightening and extremely polluting factory farms. So even if you're a conscious omnivore, watch out.

been vegetarian for almost 10 years, and i learned a couple things from this article. bookmarking it :)