African Lioness Develops Strong Bond With 2 Conservationists Who Have Rescued Her.

Deep in the wilds of Botswana lives a 110 lb. lioness named Sirga. As a cub, Sirga was driven out of her pride and rescued. She would have died if it had not been for two men who came to her aid. German conservationist, Valentin Gruener, and Danish conservationist, Mikkel Legarth, could not just stand by and watch her die.

During that time she developed an incredible bond with the two men who have founded the Modisa Wildlife Project in Botswana where they are trying to save her species. Working from a base camp in the African bush the two men have been working with local farmers and Willie De Graaff, owner of Grassland Safari Lodge, to find a way long term solution.

Although Botswana is a large country with lots of wilderness, there has been increased farming which is bringing lions and man into conflict. The Modisa Wildlife Project's plan is to relocate the lions which are coming into contact with farmers to one large protected area where they have enough wild prey to feed on.

Sirga is now a wonderful example of the hoped for success of the Modisa Wildlife Project. She treats the two conservationists just like she would other lions and with their help she can now hunt for prey on her own. According to Legarth, "'We didn't want Sirga to become like other lions in captivity, constantly fed by streams of tourists. She only interacts with me and Valentin. She hunts her own food, taking antelopes and she will let us be near her when she eats it which is remarkable." "Sirga doesn't mind people, but she doesn't pay them any attention. Wild lions are scared of people, the problem comes if you release a lion that is used to people in the wild, that can cause problems. With Sirga we want to release her to the wild eventually as a wild lion not as one that has met lots of people. That would be dangerous." 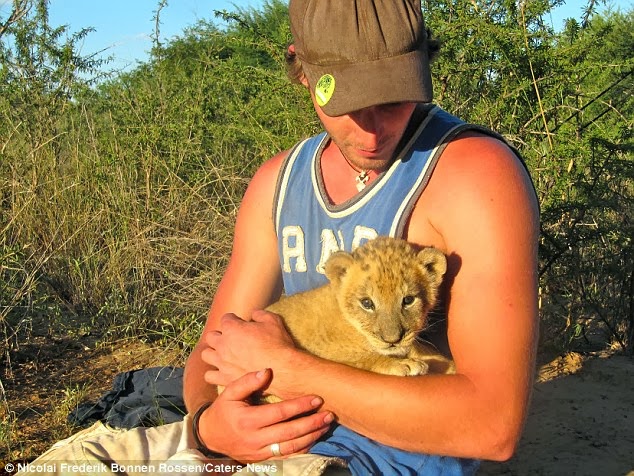 The pair's work and their incredible relationship with Sirga has been documented by photographer Nicolai Frederik Bonnin Rossen. Mikkel Legarth sums up their work by saying, "We are located on Willie De Graaff's 10,000-hectare farm with lions, wild dogs and leopards that has been saved from certain death. We are now looking for sponsors that can support us with a long-term solution for those animals." 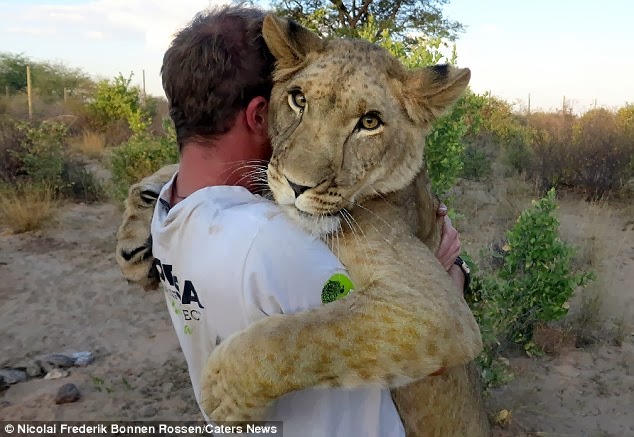 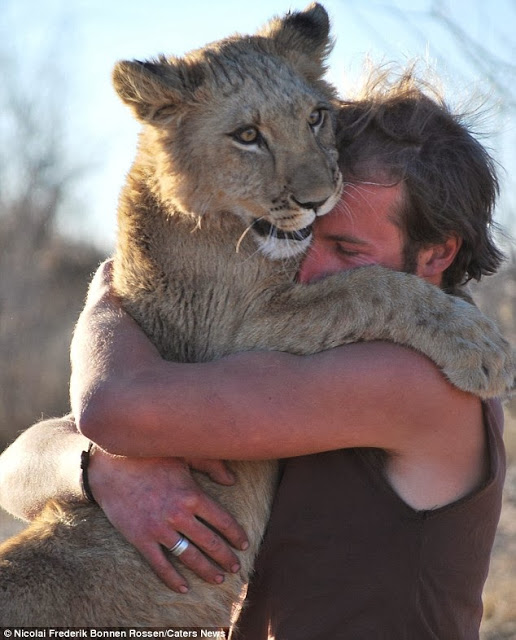