Cats and dogs bred in UK labs for vivisection. Please help stop this.

Can you spare five minutes to make a difference for the thousands of dogs and hundreds of cats killed in UK laboratories each year? 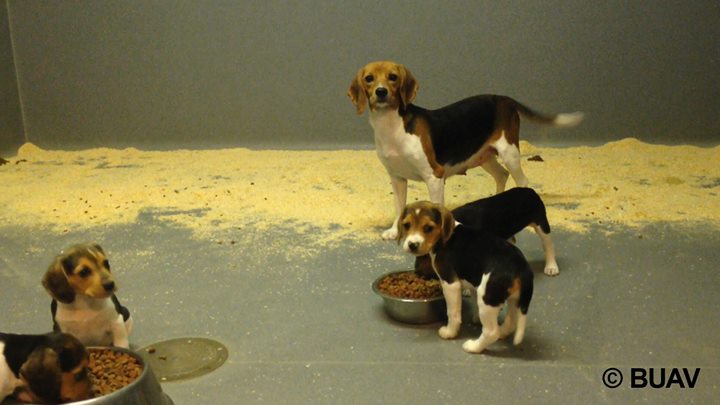 THERE'S MORE. PLEASE HAVE THE HEART TO SIGN THESE PETITIONS. IT ONLY TAKES A FEW SECONDS PF YOUR LIFE TO SAVE HUNDREDS OF OTHER LIVES.

PLEASE SIGN & SHARE WIDELY THESE►►9☚ PETITIONS AGAINST SMOKE & NICOTINE TESTS ON ANIMALS
►PET1.http://www.theanimalrescuesite.com/clickToGive/ars/petition/NicotineTesting
►PET 2.http://www.change.org/petitions/philip-morris-stop-cruel-animal-testing-for-tobacco-products
►PET 3.http://www.thepetitionsite.com/133/674/391/stop-nicotine-experiments-on-animals
►PET 4.http://www.ipetitions.com/petition/smokingbeagles/
►PET 5.http://bit.ly/1cAQeOE
►PET 6.http://features.peta2.com/Animals-Dont-Smoke/Default.aspx
►PET 7.http://bit.ly/1fOGLgS
**(For non US-residents scroll on "State / Province" Click "OTHER COUNTRIES" !)
►PET 8. http://bit.ly/1gLedrd
►PET 9.http://forcechange.com/21276/stop-needlessly-testing-tobacco-products-on-animals/
►►Emails Actions:http://www.vivisectioninfo.org/campaigns/spindel/
-------------------------------------------------
✦PLEASE WATCH THESE 2 VIDEOS !
1.►http://youtu.be/CLQQFOmW_DY
2.►http://youtu.be/bXkLgunGy40
✦About this cruel Torturous Tests..
In tests that many people don't realize are still being conducted, animals are forced to breathe cigarette smoke for up to six hours straight, every day, for as long as three years. Animals naturally avoid breathing cigarette smoke, so lab rats are forced into tiny canisters, and cigarette smoke is pumped directly into their noses. In the past, dogs and monkeys have had tubes attached to holes in their necks or have had masks strapped to their faces to force smoke into their lungs. In other commonly conducted tests, mice and rats have cigarette tar applied directly to their bare skin to induce the growth of skin tumors.

✦Specific examples of cigarette experiments include the following:
• In a study to test the effects of adding ingredients such as honey, sugar, molasses, plum juice, lime oil, chocolate, cocoa, and coffee extract to cigarettes, experimenters with Philip Morris stuffed thousands of rats into tiny canisters that pumped tobacco smoke directly into their noses six hours a day for 90 consecutive days. The rats were then killed and dissected to examine the harm caused to their bodies.
• To test the effects of using high-fructose corn syrup to flavor cigarettes, experimenters at R.J. Reynolds spread cigarette tar on the skin of more than 1,000 mice and rats and then forced them to breathe cigarette smoke. Many of the mice who had tar spread on their skin died during the study. Other mice had their skin peel off, and they developed skin tumors. All the surviving animals were killed and dissected.
• Philip Morris experimenters subjected 1,000 rats to two years of breathing either diesel engine exhaust or secondhand cigarette smoke for six hours a day, seven days a week, just to compare the effects of the exposure on their lungs.
• Experimenters hired by Lorillard Tobacco (the maker of Newport and other brands of cigarettes) forced rats to breathe cigarette smoke for three hours a day for five days and then killed them and cut them open to see if the exposure had harmed their lungs.
✦✦Read more infos here:http://speakupforthevoiceless.org/2013/02/10/tobacco-animal-experimentation/

✦✦To DOUBLE YOU IMPACT,WHAT YOU CAN ALSO DO :
To quote the National Cancer Institute, "There is no safe tobacco product."(15) We already know from clinical research—and from basic common sense—that smoking is bad for us. If you still use tobacco products, seek out companies such as Imperial Tobacco, Nat Sherman, and Santa Fe Natural Tobacco that have official policies against testing their products on animals.
If the tobacco industry wants to continue developing and marketing products that cause addiction and kill people, it should do so without the help of the government and without harming animals. You can write to the U.S. Food and Drug Administration and request that it follow the lead of agencies in progressive countries by banning tobacco product and ingredient tests on animals:

Signed 7 petitions. The 2nd and the last one had an error message. hope this cruel thing stops immediately.