Why Do People Become Vegetarians 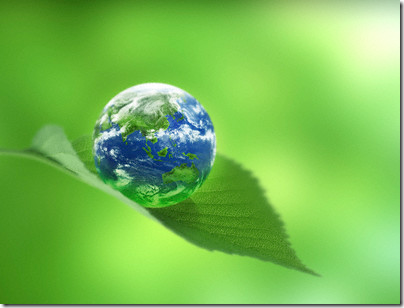 Most non vegetarians wonder what drives people to convert to vegetarians and give up their daily meat intake in order to adopt an entirely different way of lifestyle. There is no single answer to this question. Non vegetarians become vegetarians for a lot of different reasons - some even for multiple reasons.

Most vegetarians claim that they became a vegetarian for one of three main reasons.

The first reason, which most vegetarians claim, is that they have serious ethical problems with eating meat. Most disagree with how chickens are debeaked, forced to live in small cages, and are then slaughtered when they do not produce eggs fast enough.

Most vegetarians also disagree with the crowded and stressful environments that animals are forced into; and the hormone-laden daily feed used to make them grow faster and produce more.

People who become vegetarians for this purpose often draw ethical boundaries in different spots, depending on their indept personal beliefs. For instance, some staunch vegans will refuse to consume yeast, wear wool, or even eat certain vegetables, such as carrots, that require killing the plant to harvest.

On the opposite side of the spectrum, some vegetarians, sometimes referred to as pseudo-vegetarians, will actually eat fish and chicken on a regular basis.

The second reason vegetarians claim for not eating meat is that it conflicts with their dietary preferences. Some of these vegetarians simply do not like the texture and taste of meat, others do not eat it because it is high in cholesterol and often contains very high concentrations of hormones and preservatives.

The third and smallest group of vegetarians cite some environmental reasons for not consuming meat. They complain that the consumption of meat causes farmers to continually deforest the land to create grazing land for their cattle.

In addition to these three major groups, there are a number of other smaller groups of vegetarians who stopped eating meat for entirely different reasons.

I am for ethics, but soon found that i am healthier after turning vegan. :)

Permalink Reply by Sergiu Bica on January 12, 2013 at 11:38pm
Until march 2012 I was a meat eater,I never even thought about going vegan/vegetarian until I saw a few documentaries that totally changed the way I think about food and animals,Eartlings was the decisive movie for me:)....I'm sure that if more ppl will see that one they will see things different too....peace

Permalink Reply by Roxi on January 13, 2013 at 6:14am
I don't eat animal products, not because I'm vegan, but because as a human, I'm an herbivore - what we are biologically meant as.

Permalink Reply by rachael pinder on April 2, 2013 at 12:05am
I became vegetarian almost 20 years ago for ethical reasons. Health and environmental reasons are a bonus als I'm also concerned about these things. I can only understand people eating meat in countries where they don't know any better or there's not much choice of what to eat. People always tell me that i won't stop animals being killed to which i reply at least i'm not contributing to the murder of them!

I chose to be a vegan... because I can. I am not harming anyone. Also, I don't like the fact a living thing has to die, on purpose, for my sake. That is my foremost problem with it.

I was a vegan for 15 years, ate meat during my pregnancy, then went back to being a vegetarian.  I think meat eating is an inefficient way to feed a hungry planet.  It's also bad for the environment, cruel to other earthlings (animals), and completely unnecessary.