A 32 year old man, from Blackpool, UK named Leighton Naylor has made a lifejacket for his pet fish named Einstein. Einstein was a healthy fish who had been learning to do tricks when he was struck with the illness that affected his swim bladder, making it impossible for him to swim anymore. Einstein would turn upside down and sink to the bottom of his tank. Naylor said, “Then he sank to the bottom, stuck on his side, and couldn’t go any further. He just looked depressed, the poor fish. I was heartbroken. I thought I’m going to have to do something about this.” Naylor used some recycled tubing to create a buoyancy aid. This little device made it possible for little Einstein to swim around the tank instead of sinking to the bottom. 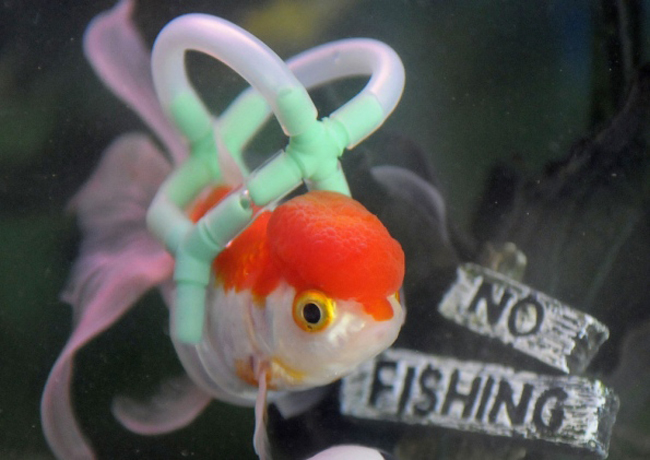 Naylor said, “People have said I’m crazy but every animal is a valued family member… I’ve tried to train all of my fish but Einstein’s my star pupil. He can swim through my fingers and he was getting into fish football when he fell sick.”

What a beautiful story!