WOW! It has been some time since I have last posted a blog. Too long in deed. Just going to update a little on my current status as a Pescetarian. Well, I still eat fish. I told myself over a year and a half ago after becoming a Pescetarian that I would eventually transition to just a strict Vegantarian and so forth. Possibly even Vegan before its over and done with. Yet, I am currently working in the food industry as a server, constantly around food. Most of the time I eat at work;  mostly…

Getting upset with commercials

I've been green for a little over two years and working on going vegan. Recently I've noticed when I see ads for meat I start to get a sick feeling in my gut. I can't help but think " that was a living creature killed for its flesh" it's sickening. Is this " normal"?

Did you know that the flower of Jamaica as well as being an excellent diuretic, an antioxidant, detoxifier and helps hypertension problems.

The flower is not only used to make water, there are delicious recipes that you can make 100% healthy.

Separate the flower you used to make the water (should be soft).
In a pan add a little olive oil, a clove of minced garlic and a little chopped onion. Let it cook for a minute. Add the Jamaica, salt (preferably sea salt it) and… 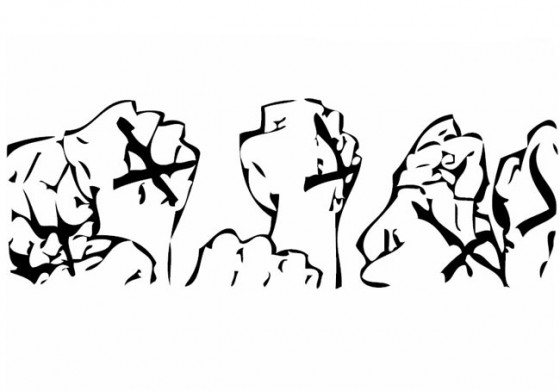 Here’s to the crazy ones.The misfits.The rebels. The troublemakers.The round pegs in the square holes. The ones who see things differently. They’re not fond of rules. And they have no respect for the status quo. You can quote them, disagree with them, glorify or vilify them. About the only thing you can’t do is ignore them. Because they change things.…

I am new to this site. I have been a vegetarian for over a year now. I am currently in college and am a commuter student and I would like your help! It has been very hard finding veterinarian lunch recipes that are fast, and veeery cheap to make that I can take with me. My family do not fully support me so the options for me are a little scarce, however we have a bunch of canned fruit and vegetables such as corn, peas, green beans, carrots. Can any of you suggest any…

Hi all, noob to the site here. I am looking forward to trading tips and stories with you all. So very thankful and blessed to find you all. Peace!

Hi  people I'm very happy that I found this place with people who understand me and don't judge me. in my country are a few vegetarian but they don't show themselves.. There is no restaurant for vegetarian...I have 9 years I am a vegetarian .Hope u have a place that understand and accept u <3

5 easy tips to put off your craving for meat & chicken !

Before you read the tips, remember one thing - Never force yourself into "Not eating" non-veg food ! Forcing has a reciprocating effect which'll further ignite the craving and increase its strength.

Given below are some steps which hard-line meat eaters can take to come out of their addiction to meat:

1. Visit the Meat/Butcher shop and watch the animals being killed at-least once in a week.

2. Beware of your company and friend-circle. Are they mostly non-vegeterians? If…

These is my new profle

Vegfriends, I don't remember senha old profile >>.http://www.vegfriend.com/profile/EvelynGolfinho, then make these.  These is my new profile, the old profile is that with a dog, called Bradock.Kisses.

people have the wronge idea

Thank you for making me realize who I am, and what I want to be.

Thank you for guiding me through the thunderstorms in life.

Thank you for giving me the power and strength to embrace my life like a roller-coaster.

Thank you for teaching me to value life and compassion, besides the mighty determination of Gautama Buddha.

My fingers could only dance a short dance for this, as I have more obligations waiting for me. Nevertheless, I celebrate these as the…

Would you plunge into the freezing waters off of Siberia to save a stranded pooch?

Lucky for this lost canine, a brave fisherman was willing to take the frigid dip!

The lost pup was spotted shivering on a piece of ice in the Okhotsk Sea. The large fishing vessel…

It’s a well-known fact that while dogs have owners, cats have staff…but this video removes any doubt one may have! Watch as these hilarious kitties demand some attention!

AGAIN! Now with my brother.

That video i posted, i watched. It really helped me understand my purpose as a human. Helped me realize more about everything i needed.

I was explaining to my brother what i learned. He really thinks that we were literally born to eat meat! He fought with me about this! I cannot believe i used to eat meat. But i am so happy i am changing my life.
I really feel that my family is going to not be supportive.
Brainwashed! All that meat is rotting in their…

Healthy Lifestyle of a Vegan/Vegetarian

So i just had a little talk with my dad. He doesn't think me becoming this Vegan is such a good idea. He asked me what exactly will i be eating, how will i get vitamins and anything else i need without meat or dairy.
Just a week ago he was fine with all of this.
I kept giving him my reasons and the fact that we are slaughtering innocent animals for food.
TRYING TO PICK A FIGHT, he tries to make an attempt at telling me that we were born to eat this meat. These animals were…

Administrator Using children to work as slaves is giving children a sense of work ethic?WHAT THE HECK...This is Unbelievable! 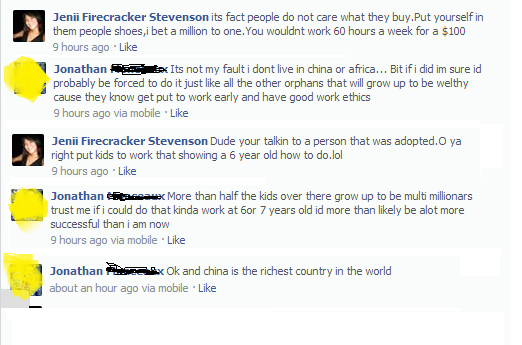 It pointless to go argue with someone who has this kind of opinions,the screenshot above.I had a *facepalm* moment talking to this person also...But,just making a point here.Im against slavery of any kind.No excuses at all for the exploitation of another life.This conversation started over using slave labor.

Chickens in the States are Bout to get Happy!

FINALLY! The Humame Society and the largest egg lobby agree! In Congress, there is a bill that will require ALL eggs to be labled. In California by 2015, ALL chickens will be cage free and I believe free range as well. For those who do eat eggs, I really hope you be sure yours are free range. Again, another small step in the right direction. Actuallt, this is a pretty big step :D

Why You Should Be Eating Chocolate and Enjoying It 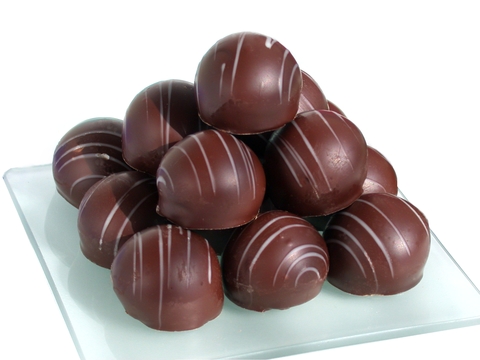 I love chocolate. Who doesn’t? But do you ever find that little voice in your head filling you with guilt and trying to talk you out of that heavenly chocolate indulgence? Well fret no more friends, below are clear health reasons to indulge, as well as some guidelines to keep it in check!

Bananas May No Longer Be Vegan?

Back in March, I decided to eat only organic foods. My intentions were NOT to become vegetarian but to eat whole, 100% natural foods. I despised the fact that food companies love to hide things in your food. Reminds me of when I was a kid and my parents would hide some medicine I was supposed to take but didn't want to. Oh veggie eating did come into play around the same time cuz I simply couldn't do it anymore.

With that said, I am constantly doing research to make sure I am eating… Continue