The Truth about Carbs and Weight Gain! 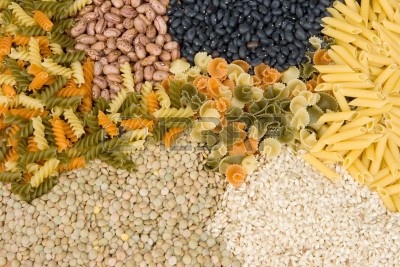 The average American diet, heavy in animal products, requires the production of an extra ton and a half of greenhouse gases compared to a plant based diet.1 A diet rich in whole grains, vegetables, fruit and legumes is environmentally responsible and can help maintain a healthy weight.

In recent years, however many diet books have blamed plant foods, which are high in carbohydrates for the obesity crisis. While the theory persists, health care professionals have advised against low-carbohydrate diets for years.

According to a Northwestern University study, the thinnest people on Earth are those who eat the most carbohydrates. More than 4,000 men and women 40 to 59 years of age from the U.S, Great Britain, Japan and China found that people who ate a high carbohydrate diet were much thinner than their high protein, low carbohydrate eating counterparts.3 If Atkins diet enthusiasts think that is a stunning conclusion, the researchers also found that people who eat the most protein are actually the heaviest.

Even more notable, the more animal protein consumed, the higher the person’s weight and the greater risk to his or her health. According to study leader Linda Van Horn, “Without exception, a high-complex-carbohydrate, high-vegetable-protein diet is associated with low body mass. High-protein diets were associated with higher body weight.”

Research published in the Journal of The American Medical Association affirmed that a low fat, high carbohydrate diet does not cause weight gain. Researchers found that women following a diet low in fat and high in fruits, vegetables and grains actually lost weight. The study, The Women’s Health Initiative Dietary Modification Trial, followed close to 50,000 post-menopausal women for more than 7 years.4

There are two classes of carbohydrates, simple and complex. Refined grains produce unnatural and inferior products and have been robbed of important vitamins, minerals and fiber. Whole grains are generally brown or tan and refined products are universally white as in white bread, white rice, white sugar and white flour. Products such as these contain simple carbohydrates and should be avoided.

Carbohydrates are an important part of a healthy diet, however one should always choose whole grain foods, which contain complex carbohydrates. Complex carbohydrates take longer to break down and the slow absorption of sugars provides the body with a steady supply of energy and also limits the amount of sugar that is converted into fat and stored.

Ounce for ounce, carbohydrates have fewer calories than either fat or alcohol and eating carbs does not lead to weight gain, unless, as with any food group, they are eaten to excess.