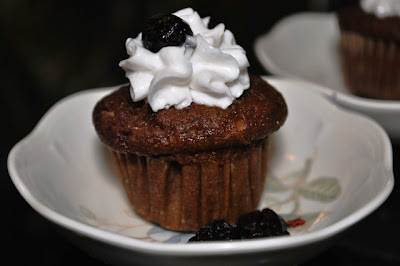 It's about time I catch up on my blogging.  I've been so busy the last couple months and there are a few dishes I've made that I would like to be able to look up again and make.  September and October are busy, stressful months at work.  I am sure if you checked out a blog from this time last year, I probably mentioned the same thing.  My day job is prettly pleasant for the most part, but we do some pretty heavy number crunching in the fall preparing the plan for the next year.  I call it an accounting marathon.  I also had the great pleasure of heading up the kitchen at the VegFest in Portland, OR.  That took a bit of commitment too.  Things are settling back to the normal chaos, I'm coming up for air now, and have time to catch up on some great recipes.

I've been keeping my cooking classes not only plant based, but gluten free.  I am not gluten intolerant, that I know of, but I'm meeting more and more people who are.  I've been out with some friends who have celiacs desease and many times they can only have lettuce or raw carrots in a restaurant.  In all the presentations I attend and articles I read, it's a good idea for all of us to moderate our gluten intake.  It's not been difficult to make some great gluten free meals.

This cake took some work because I also wanted to make it oil free. It took a few tries, but I managed to come up with a recipe that works every time.  My husband was a little disappointed I figured it out becuase it meant I wasn't going to make a cake every three days trying to get it right.  Here it is for you to try.  If you don't mind using wheat flour, just leave out the xanthum gum.

Here's one of my first attempts.  It was good, but still a little too moist in the middle for my tastes. 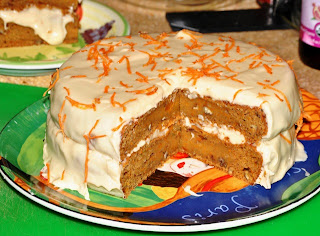 I went to so much trouble to make this cake healthy, I chose not to frost it at my cooking class.  I lightly sprinkled it with a mixture of organic powdered sugar and a dash each of cinnamon and nutmeg.  I thought it was a bit dry for some so I added just a little dollup of some pre-made rice whipping cream and garnished with a couple nice dried cranberries. 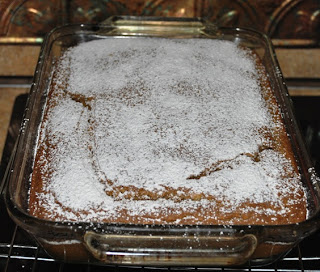 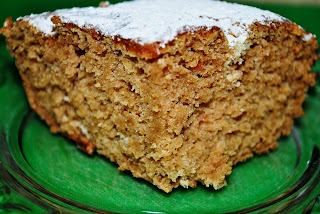 To make the cake:

Sprinkle warm cake with mixture of organic powdered sugar, cinnamon, and nutmeg. Or, frost with your favorite vegan frosting after completely cooling.

Here's a quick buttercream frosting if you prefer a frosted cake.  Add a tablespoon of lemon juice for a cream cheese taste.

In the bowl of a standing mixer or food processor cream together the Earth Balance and the palm oil on medium to high speed until completely combined.  Turn the speed down to low and slowly add in the sifted powdered sugar one cup at a time, allowing it to blend thoroughly before adding more.  Add in the vanilla and continue to blend until the mixture looks creamy.